First thing we noticed was that almost everyone there were couples, either two-up or convoying to the show.  Take a look at the video of their parade and you'll see what I mean.

Second observation was that their indoor activities pretty much replicate a senior center, with picture puzzles, WINGO (Wing-bingo), frizbee competition and others.  And... not much alcohol... no beer tent (no tents nor camping at all) to be found.

Pontiac was a nice visit.  The two restaurants on the square offered wonderful entrees with VIP discounts offerec by the Chamber of Commerce.  We checked out the Rt 66 of IL museum and picked up some destianations for day trips.  One of the "Hall of fame" gentlrmen was the father of s kid Donna had dated in high school... small world.

The Friday evening event was a parade and balloon release, honoring anyone's family and friends who had passed on.   Video attached.

The local theatre guild hosted the Saturday night pizza and show, "Life Is a Hoghway" with songs and dances with highway themes and 50's hits.  Gret fun!

Here's the video:
Posted by US Bocce guy at 9:20 AM No comments:

Make it a lakeside weekend with Friday/Saturday camp and ride and Sunday picnic or ride at Crab Orchard Campground and The Haven on Rt 13 in Carterville, IL!

Look up the event on Facebook or www.WhereDoesThatRoadGo.com for details.  Some organized road rides and ADV dual-sport rides… or just head out and enjoy the Suwanee National Forest and Southern Illinois’ Wine Trail!

We’ll have grills and coolers and firewood at the campground and at The Haven.  Campground doesn’t take reservations, but if you are interested, call and we can anchor a site for you.  Camping is $10 with senior card.  The Haven is $2/person cover charge on Sunday.

Ride leaders wanted!  Lead a group for us, please! 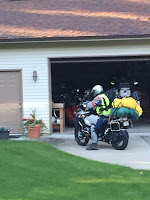 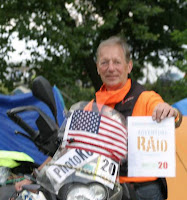