The Southern Illinois Riders Association BMW club hosts the Trail Of Tears Rally annually at the campsite by the same name, located between Anna IL and Cape Girardeau, MO in September.   Donna and I attended, with this being her first rally.  The video, above, is from the dual-sport ride

that took us about 60 miles along levers and some state park campground roads.   Great fun for a casual ride ending up in Cape at Grassroots BMW.  In the course of the ride we had one brake caliper lock up and one flat tire... otherwise it was just a casual day in perfect weather.

Food in the campground cafe was great, along with SWARMS of hummingbirds on the veranda.   Grassroots was to have chili lunch for us but the food was gone before we arrived.   How's that working out for you, Pat Kennedy?

Having said those things... This was the most laid-back rally I have been to in two years.   The people we met mostly were camping in clusters relative to their home area or interest group.   There wasn't a lot of intermingling between the groups, but I guess there's nothing wrong with that.   One group of about 6 guys had dirt bikes they hauled in on trailers... some even on trailers behind motorcycles.  That shared quit a bit of tech ideas on trailering options. 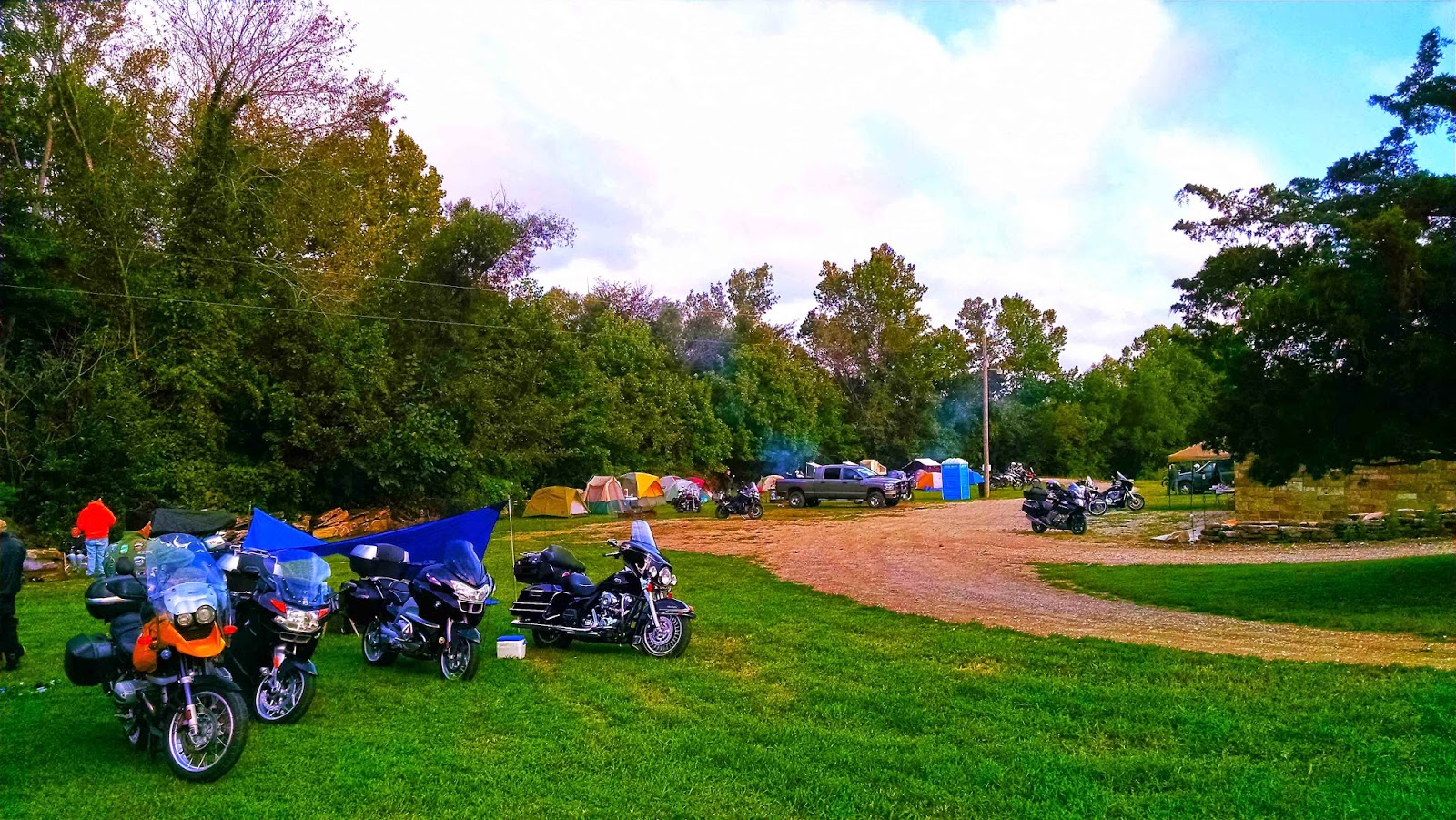 Next group we met were from the St Louis area, including Big Dog who led the dual-sport ride.  Quite a few ex-military people there and plenty of story telling.  They are the guys featured at the end of the video.

If you are looking for a relaxing weekend in a self contained location (meaning food, showers, camping and beds indoors) this is an enjoyable venue!