Happy Thanksgiving, 2014!  Wishing everyone a glorious day and a couple miles on your wheels regardless of the weather.

Toward the end of the page you can find tracking maps for the event and interviews, some on facebook by text and some recorded with Yut Ughh, Landon Norman, James Valentine, Brian Englund (If we get connected) and Eric Hall.  Link to up to the minute photos from the weekend is at the bottom of this post.   The recorded interviews and the photos are stored in Dropbox.  Should not require a password but you may have to download the audio files to listen.

Sometimes plans don't exactly come together, but they can morph into something equal or better.

My November tour was to head to CA, El Mirage Dry Lake (BLM OHV park) near Barstow, and spend a few days getting myself into shape for the LA to Barstow to Vegas AMA Dual Sport ride.   Not a race, but everyone wants to win.   I had worked at El Mirage Dry Lake last year Oct and Nov and it's only 20 miles from the launch point for this classic event.


Meanwhile friend James Valentine headed out a few days earlier and I was biding my time for better weather...   Never happened.

James solo'd down and across the states to TX and took in White Sands and other national monuments, skirting the frigid cold blast by days.  He heads west on Rt 9 along the US/Mexico border and then north to meet GS Giant Randy Owens somewhere in the mountains.  Now they pick up some "wet" rain and temps in the 40's to head to Randy's place in Clovis, CA.

Somewhere James starts linking up with other GS Giants, like Eric Hall, a seasoned big bike Desert rider and leader of the meetup group Beyond Starbucks.  I met Eric last year at a un-named coffee shop (SB) and headed with a group of 11 into the desert.   Eric is a west coast GS Giant with little room in his ride for bikers not wearing quality MC foot wear... ("OMG, Eric.   They are from Sears!!")

I talked to James today, (Listen to the interview HERE <<<) along with daily texts RibFest in TN back in Sept.  From there he picked up kudos in TX at a dirt bike event and then checked in to his home in KS, where he has a spouse and home base.  James is ex-army with about 12 years of drill seargent, infantry and multi tours in Afganistan and Iraque.  Since then he took on the BMW GS as a life event and is out to put his name in the record books.  Everyone who has met him along the way thinks he may just do that.    He credits the military background with, not only, physical conditioning, but also the tactical skills to deal with changing conditions and unexpected interruptions to a planned agenda.

James and I spoke on Wednesday along with textx and facebook (fb) followings. He's primed to be the first GS across the finish line in Vegas.  James first turned up in the GS Giant world at Ribfest this September and really made an impression.

In a conversation last month (about prepping for Baja 1000 2015) he blurts out that he and Kevin (Yut Ughh) are pondering to do the LA to Vegas as a one-day 400 mile event and scoop the field.  All I can say is that they would miss the Saturday party in Barstow and be bored on a beautiful Sunday.

Our conversation today (didn't record...) reviewed his major equipment improvements this week with the guidance of GS Giant Randy Owens and  local welding shop.  James spent th last week in the desert riding on his own and with Eric Hall to get a feel of current desert conditions.

On Wednesday, before Thanksgiving, and I picked up some phone interviews with Eric and James and a couple I can post here.  Never trust a recording device from Bestbuy...  argh...  see links in the paragraphs to follow.

While talking to Eric Hall I god some detail on the GS Giant (on an alt bike), Yut Ughh. (his license says Kevin).  Yut is a hyper guy up north who is linking into the group for the ride.  He's irreverent and challenging.... which I think fits most Giants.   Here's the link to our text interview on facebook Wednesday morning.   I will leave that to you to read, but this guy doesn't cut any slack for anyone and expects to finish in the top 50 of the LA to Vegas AMA Dual-sport ride this weekend.

Back to James and then on to others... Please keep reading. When I asked James about his thoughts of joining the ranks of the GS Giants he was quite enthused.  His first outting was RibFest in TN and he met most of the top guns.  He jumped on the GS track and the advanced ride with gusto and gave us an outstanding intro to his skill level.  He actually beat me (no big deal) at the slow race...   Since then he has been connecting with Giants across the country picking up route selections from Witchita to AZ (tnks Randy Owens) and honing up pre-ride desert skills with jimmy Lewis trained Eric Hall.  Today he's finishing race prep at Randy's place in Clovis, CA and then heading down to Palmdale to get to the starting line pre-dawn, ahead of the squids.  Let me know how that is working out for you...   And, thanks for taking time for the interview!

Now I need to download a bunch of photos of guys I have never met and put together the rest of this article before the flag drops on Friday. 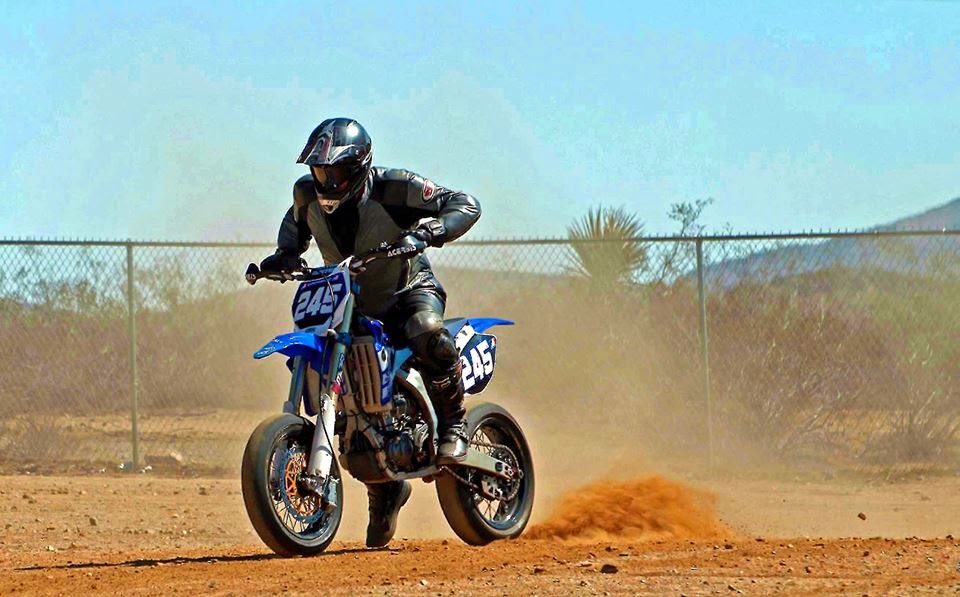 Since I mentioned Yut Ughh (Kevin, but for significant security reasons he uses a screen name).  I saw Yut on the facebook GS Giants posts but didn't know anything about him until this event started showing up in the notes.  He's pretty abrupt (as Eric Hall warned me) but looks to have the skills and cut-loose attitude to take on most any challenge.  He declined a telephone interview but did agree to fill in the blanks in a fb messaging session.

Here's an excerpt, but you can read the entire interview at THIS INTERVIEW LINK<<<

No spotlights
Are you s GS giant,?

What do Ya need
I dont have to do an interview.   just few ?'s

Prepping to Ironman Baja500 this year

What's your goal this weekend?   Other than free buffet?

Sand is my friend.

I hate sand.. Gets in my bag

I never cut people slack.. I accepts request..  If you start getting weird, I'll delete U

Tell him to bring extra goggles

If james finishes the hard route before he, he will receive public facebook props and I'll quit riding
#   #   #
It's interesting to be interviewing these guys and finding them well matched in confidence and attitude.  They each tell me that the GS Giant group is a constant resource for technical and travel advice, as well as camaraderie at all levels.  There's always a GS Giant around when someone is in a pinch.

My next call was from Landon Norman, Mechanical Engineer, San Jose, CA.
Again, we have not met until this event started coming into focus.  Landon was on his way south from San Jose with his family and said that even his parents ride and make this event part of a family Thanksgiving tradition!  Kudos to his family!   Right now the recorded interview is uploaded and you can hear the 15 minute conversation at THIS INTERVIEW LINK <<<.

Yet to connect with Brian Englund, but
then we are all working on Thanksgiving events and those guys traveling to Palmdale, CA for the start of the race, pre-dawn tomorrow.  Brian is another ex-military GS Giant and I expect to see him right there with the lead pack as these four GS Giants plant our flag in Vegas Saturday afternoon!
6:51PM CST:  Just heard from Brian and he, wife and kids just arrived Palmdale after 1,200+ mile drive from Tacoma WA!  What a trip.   He confirmed everything the other guys said today about the challenge on a big bike (BMW 1200) and looking forward not to be the last guy in to the endzone on Saturday.  (Last to arrive buys dinner!)  His comment about the quality of the GS Giant group is that he now has a circle of friends outside of his military life that understand and share his passion to ride.   When I asked what he did special to prep his bike for the race he relied, "I HOSED IT OFF."   Go Brian!   Click HERE to listen to the interview <<<

Now that I have reached the end of the good stuff, let me post a few links to enjoy tomorrow and Saturday::: 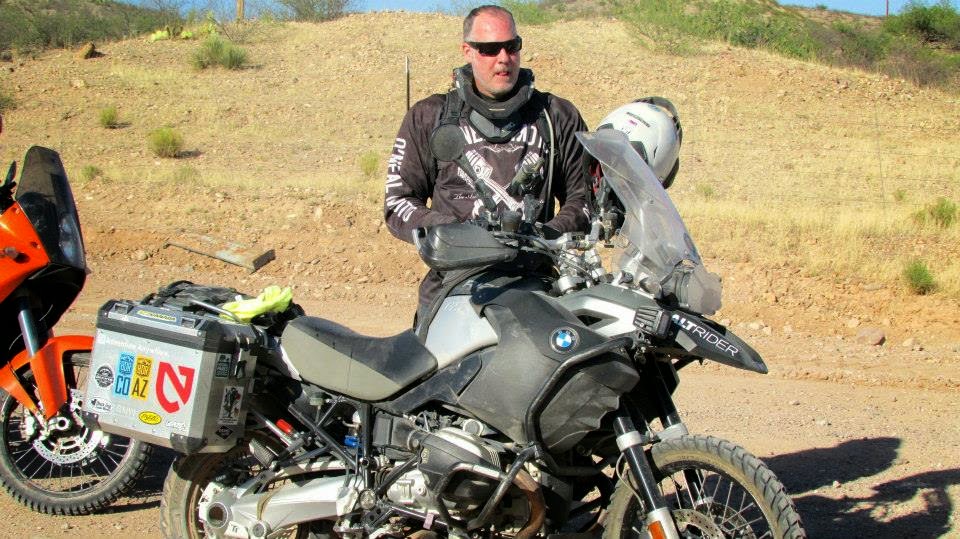 During the day on Wednesday Eric Hall contacted me interview where I picked up Eric's comments about an accident last year.  He gave some insight to his own experience riding the desert and this event in years past.   "Rain in the desert is great, but not at 37 degrees!"    Give this a listen and hear Eric's words and his added confidence in James Valentine's chances to win this weekend!  Eric is a Jimmy Lewis student and took James Valentine out in the desert for some pre-ride training last week.  Eric asked that I not post the audio so I will take excerpts and post a transcript asap.

Be sure to click on the tracking maps early tomorrow and see how the team progresses to the Saturday destination at Barstow, CA. 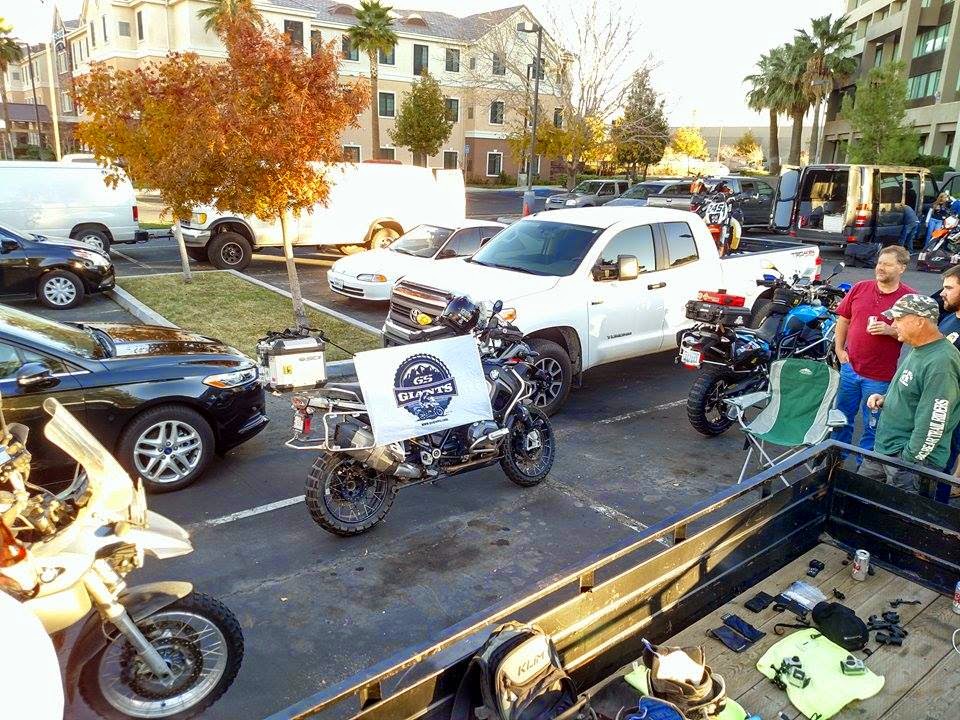 Pics coming in from the assembly area in Palmdale... will figure out how to post an album tomorrow.  >>>>>

Here's the link to PHOTOS COMING IN FROM THE LOCATION <<<