How does one make it into mid 60's without allergies and then bite into a brownie only to have ER visit an hour later for skin explosion???? 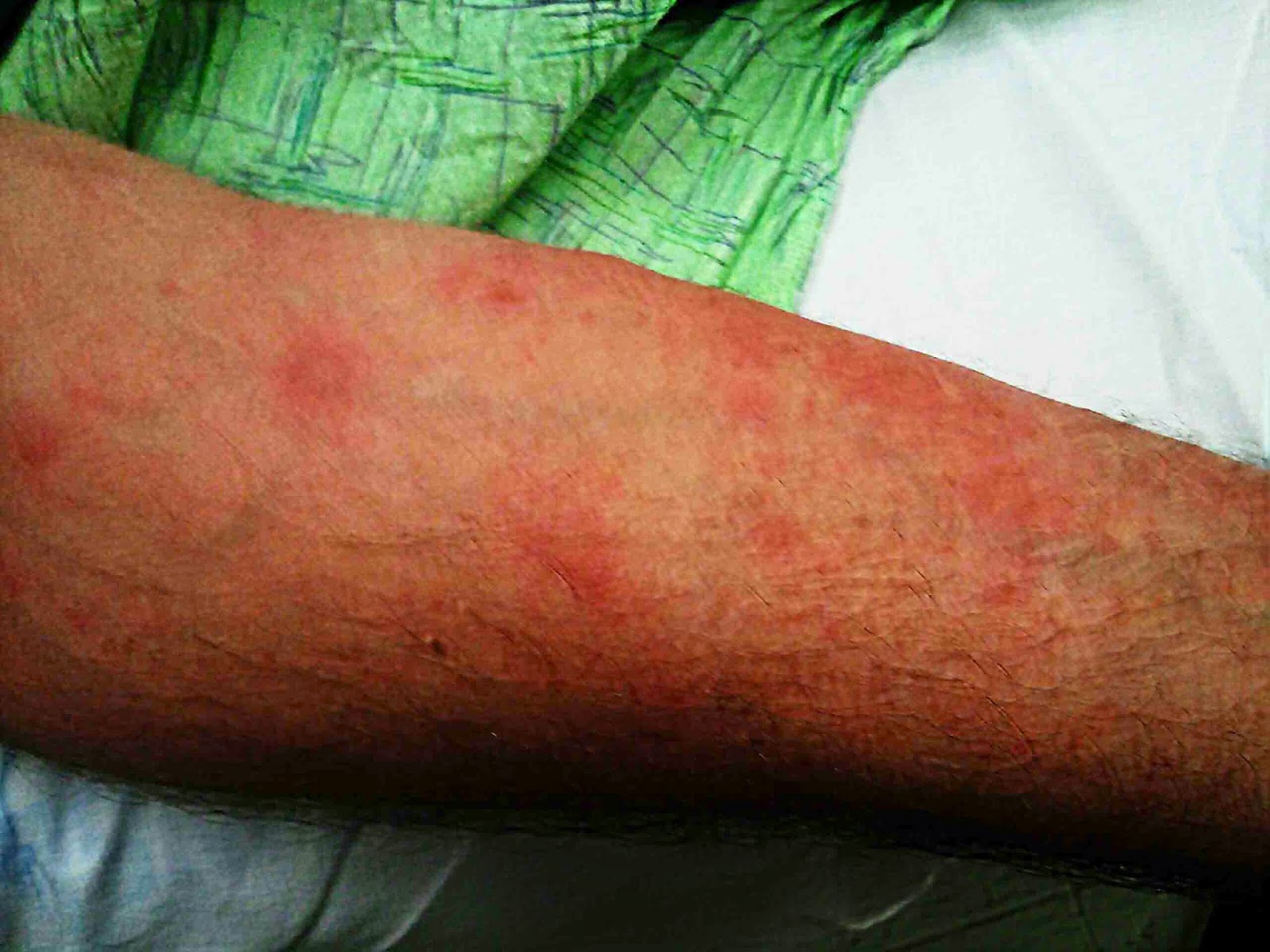 respected local bakery for me.   I take one bite, wrap it up and put it in the fridge so we can leave town for the weekend as scheduled.   (I'm not much into sweets.)

One hour later, en route north to her brother's place I start feeling my lower lip go numb.   Strikingly similar to a reaction back in May...   I no more than mention the sensation and my arms, neck and waistline become terribly itchy.   Rolling up my sleeve, there appears one blotch looking like a mosquito bite inside my right elbow.   I carry Benadryl in my bike top box but not in my pocket.   We head to pharmacy 10 miles away and by the time we arrived (after closing) my arm has 10 welts and turning red.  Pinkneyville Hospital ER happens to be one block away so we head there.

This is all happening when on the same day I was originally scheduled to be out past Gallop NM on my way to Barstow, CA, on the bike...  (see earlier posts)

This ER was the best medical experience I have ever had.   They take my name and move me directly to a bed.  Doctor comes in and starts spouting, "20mg XYX by intravenous..." and sends 4 meds into my arm.   Immediate EKG hookup to computers as people buzz around the room.   (timely that I was the only patient they had and they needed the burst of energy anyway....)

They were pleased that my blood pressure was normal... turns out it was normal because I was in the middle of these reactions.   Once the meds took over it was up over 170/109...  Then they start scrambling to bring it the other way...   Pocket full of prescriptions including two over-the-counter's, an epi-pen (so I can shoot-up when needed) and BP meds.   "Don't continue on your trip... go home and add the local hospital to your speed-dial."

Earlier this summer Skirt suggested a "venom extractor kit" but that went un attended...   looks like I need to start listening.   I had two similar reactions this summer and I think they were all following baked goods.   There are pics, but I can spare you those... one was a swollen lower lip that was bigger than a sausage and #2 was an eye-lid.   Swelled closed.   No evidence of bug bites but both were after breakfast at local restaurants.

These things came out of nowhere.   If you haven't added it to your bike travel belongings pick up some generic Benadryl and asprin (heart attack med) and pray that you never need them...   If you happen to be 60 miles into the desert after breakfast when something like this hits you there's not going to be a CVS within range to bail you out!

That said, have a nice finish to your weekend, and travel safe!

Posted by kurtzinpa at 5:12 PM